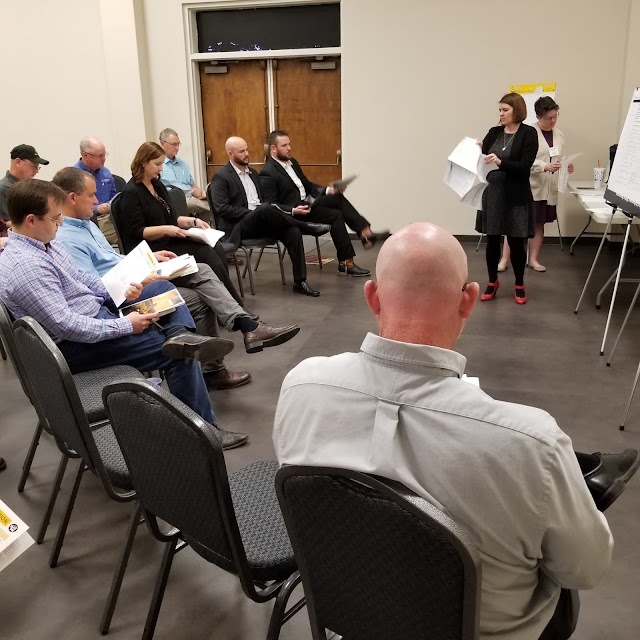 Take care of our existing infrastructure and have flexibility for the future.

That was the key theme delivered by nearly 200 south central Kansans at Wichita and Great Bend Local Consult meetings.

“I liked what I heard today about a two-year process. Things are just moving too fast to get locked into a 10-year process.” -  Andrew Lawson, City of Arkansas City

KDOT used the input gathered at the first round of Local Consult meetings in August to shape not only the public input sessions currently underway, but also the next major state transportation plan— known as FORWARD. The second round of meetings are designed to make sure we are on the right track with FORWARD’s design – and help us better understand regional priorities for highway expansion and modernization projects.

Participants also provided feedback about how KDOT could improve its business models, which would allow the state to solve more transportation problems.  South central Kansans expressed support for practical solutions that would allow more improvements to be made at less cost.  For example, several stakeholders noted that passing lanes can alleviate congestion at much less cost than 4-lane expressways.  They also noted there are existing passing lanes that need to be longer, such as on U.S. 54 where extended passing lanes are needed to accommodate wind turbine traffic.

“There’s a lot of value in passing lanes.” -  Les Mangnus, City of Andover

Themes heard across the meetings include:
Transit and bike/pedestrian paths are critical for accessibility and improved quality of life.  Participants expressed that these modes are important for communities of all sizes.  They also expressed the need for bike and pedestrian accommodations to be considered at the start of major highway projects.

Airport investments have a major impact.  Or as one participant said, “A mile of road gets you a mile of travel, but a mile of runway gets you anywhere.”

Expand some local programs to cover more needs.  Participants supported adding technology improvements as a component of the new Unmanned Aircraft Systems (UAS) program.  And they expressed support for adding passenger rail to the rail program.

Priorities for the highway pipeline. During the breakout sessions, participants were asked to prioritize highway modernization and expansion needs in their regions. Participants were split into different groups and asked to identify which projects would be considered a high or medium priority.  The charts below show the results of this exercise.  The left-hand columns each represent one breakout group’s recommendations. 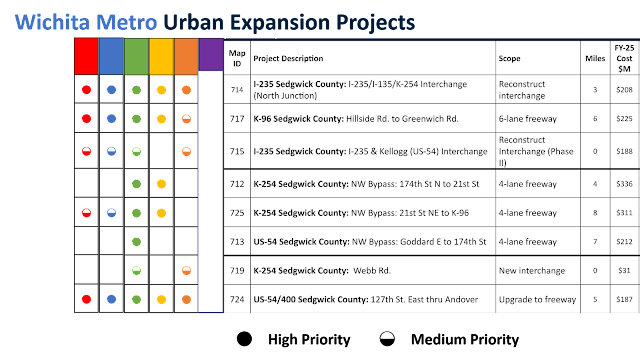 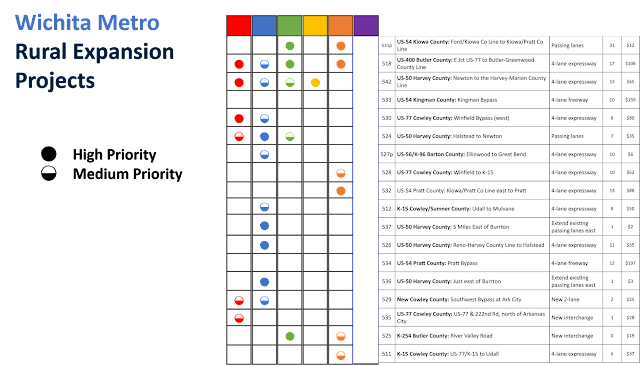 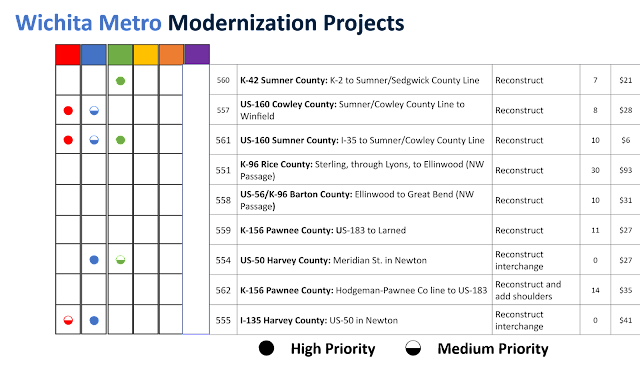 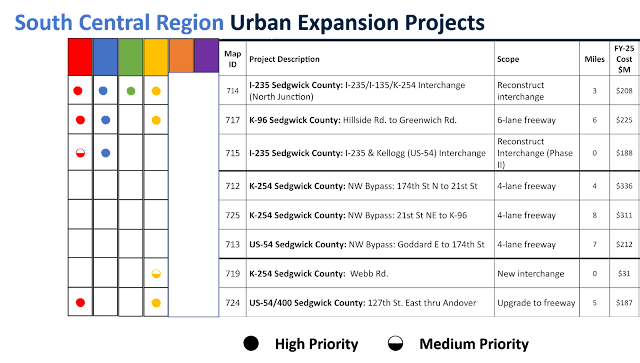 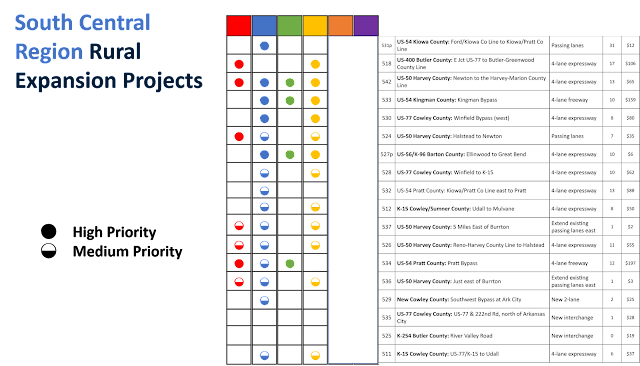 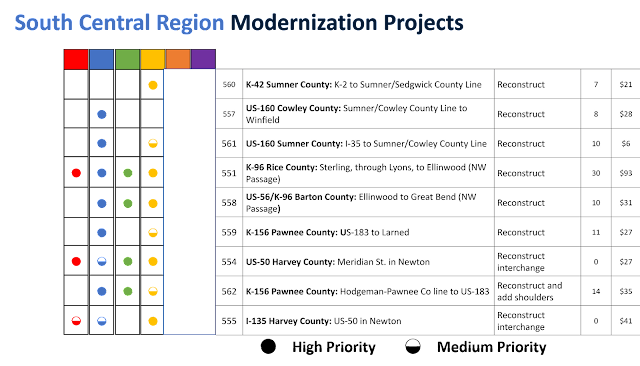 The FORWARD Advisory Group requested that we ask participants at the Local Consult meetings about ideas for funding this significant transportation program.  Participants emphasized that it would be important to leverage more local dollars to help fund transportation, but the property tax lid in state statute hinders the ability for local communities to raise revenues.  In addition, they expressed the importance of utilizing tolling where applicable, and noted that it was important to protect revenue sources for highway preservation.

The final Local Consult meetings are taking place in Liberal and Colby this week.  While this round of Local Consult will wrap up soon, KDOT will stay engaged with communities about any developments related to FORWARD.

And we look forward to seeing you in western Kansas this week.