Op-Ed: Delivering transportation that meets the needs of Kansas 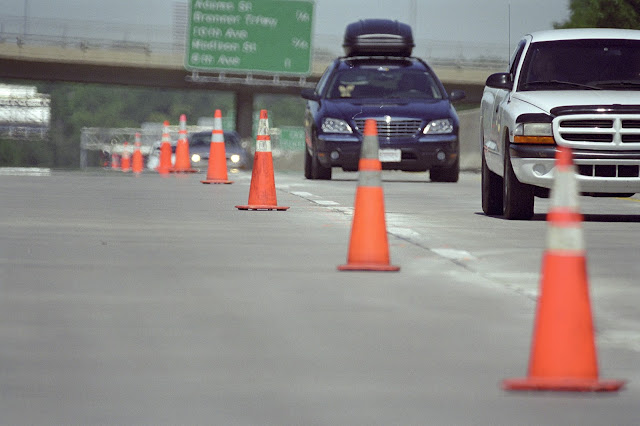 The Kansas Department of Transportation mission statement is “to provide a statewide transportation system to meet the needs of Kansas,” and we live up to it. Travelers appreciate our smooth highways; ambitious business owners find us accommodating; and proud Kansans like to talk about how our roads stack up against our neighbors.

But in the past week or so, there’s been a lot of scrutiny of KDOT’s finances and ability to deliver project improvements. So I want to talk about why we are making the budget decisions we are.

It’s true; KDOT has transferred a significant amount of money from the State Highway Fund for use in other essential areas of state government. It’s been that way at least as far back as the 1989 transportation funding program. In fact, the current T-WORKS transportation program was passed with more than $1 billion in transfers to the State General Fund built into it.

Favorable market conditions have allowed our industry to stretch KDOT’s core mission objectives. The price of oil is lower than it’s been in years. Interest rates on new money remain very low. KDOT’s operating budget is 20 percent below 2010 levels. And, in collaboration with our industry partners, we continue to stretch the life expectancy of our roads and bridges.

The 2010 Legislature that passed the 10-year T-WORKS program authorized up to $1.7 billion in bonding as one of the program’s revenue sources. It capped the bonding component at 18 percent of all revenues. While KDOT is well below the overall bonding limit (and probably won’t ever reach that limit), agency leaders received permission from the 2015 Legislature to suspend the 18 percent cap for two years to take advantage of the extremely low rates and continue to build regionally-significant projects. KDOT will be back below the 18 percent cap in FY17.

Projects continue to be bid at lower-than-estimated levels.  We have even added money to projects and programs, such as U.S. 69 expansion in Southeast Kansas, U.S. 54 expansion in Wichita and the Geometric Improvement program. We’ve boosted the project size in the popular KLINK (City Connecting Link) program, which makes valued transportation improvements in cities. Our local partners continue to receive a third of all the Kansas gas tax revenue to support their own projects. We’ve done all of this while still maintaining a level of service above our stated goals.

We have many responsibilities at KDOT and we take them seriously.  We’ve built one of the great highway systems in the country and we intend to keep it that way.

--Transportation Secretary Mike King
Posted by Admin at 9:58 AM No comments: 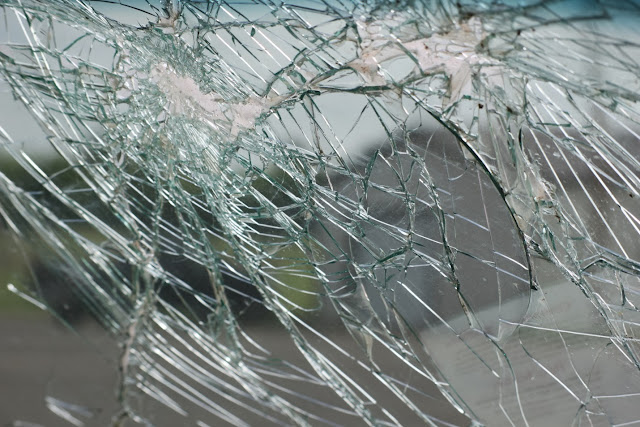 Many people will hit the roads this week on the way to celebrate the holidays with their loved ones-- but for some of them may never make it home.  Last year, there were 106 serious injury accidents and three deaths on Kansas roads from December 24-28.

Please be extra cautious when traveling this time of year and make sure everyone in your car is wearing a seat belt.

Alcohol was involved in 29 of those crashes so please encourage your friends and family to get a designated driver.

Let's all do our part to make this a fun and safe holiday season.

Today, we're taking a look back at the Amelia Earhart Bridge light show in Atchison from November 2013. 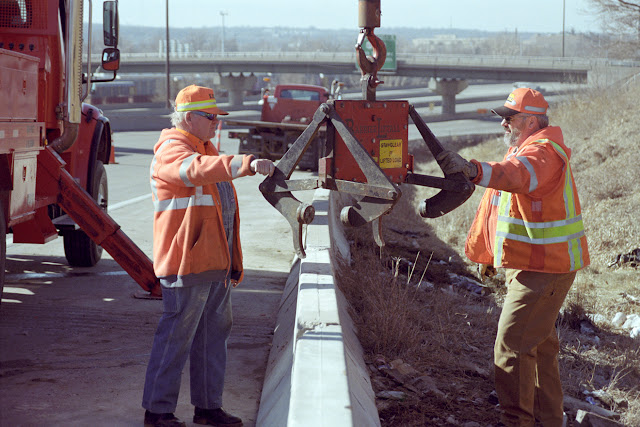 Moving over for emergency personnel and highway workers isn’t just a courtesy – it’s the law.

Passed in 2000, the Kansas Move Over law requires motorists to slow down and/or move over near stopped emergency vehicles. In 2006, KDOT highway workers and KHP Motorist Assist personnel were added to the legislation. The law also requires traffic to slow down and/or move over away from vehicles engaged in highway construction or maintenance operations when the vehicles are displaying amber flashing lights.

Moving over is important any time of year, but even more so during winter. Snow and ice can cause drivers to easily lose control of their vehicles and crash. If this happens near a law enforcement officer, highway worker, or motorist outside their vehicle, the results can be devastating.

If it’s not possible to move over, always slow down and proceed with caution. It’s also good practice to slow down and move over for stranded vehicles.

The Move Over law is important to all of us at KDOT. We appreciate your help in keeping our crews and law enforcement partners safe!
Posted by Admin at 8:30 AM No comments: 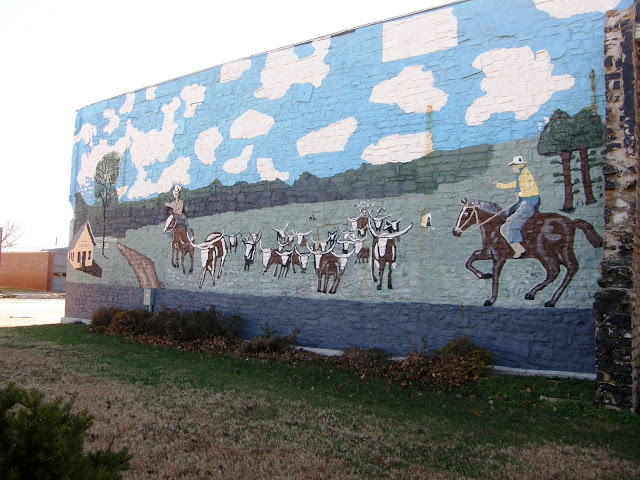 Back in the day – 1881 to 1884 to be more specific - the town was a major cattle shipping point in the United States. A mural depicting one of many longhorn cattle drives commemorates its cowtown legacy in the quiet community of Grenola.

Grenola lies just south of U.S. 160 in Elk County. The town was created in 1879 by a merger of two communities, Greenfield and Canola, along the Southern Kansas Railroad. The cattle drives of the 1880’s gave way to an oil and gas boom in the early 1900’s. Grenola’s population swelled to 1,500 in 1920, gradually shrinking to just over 200 today.

The cattle drive mural is painted on the west side of North Main Street. A restored gazebo and stone etched with a short narrative on the town’s history stand nearby. Across the street is the Grenola Historical Society Museum, housed in the 1909 Grenola Mill and Elevator. A walk north on Main gives locals and visitors a panoramic view of the modern rural landscape, which features windmills in addition to cattle. 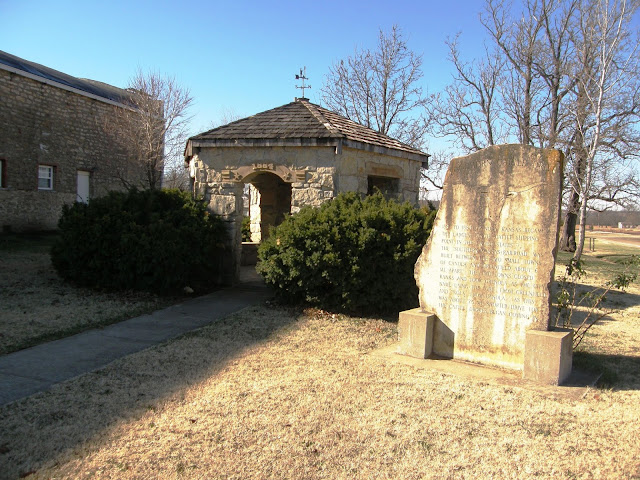 With a chance of snow in parts of the state this weekend, we want to remind everyone to be cautious around snow plows. In 2014, there were 12 snow plows struck by vehicles in Kansas.  Please keep our crews and your family safe-- and don't crowd the plow.


The winter storm that hit nearly every corner of Kansas over Thanksgiving week cost $3.5 million. Much of that cost was due to the fact that the storm was stretched over most of the week, covered all but a few southeast counties and was a ‘material heavy’ storm due to the ice. KDOT trucks covered an impressive 300,000-plus miles due to the storm’s duration and icy characteristics. 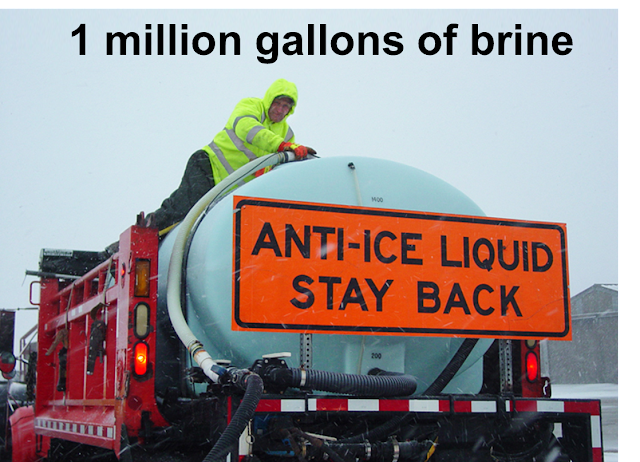 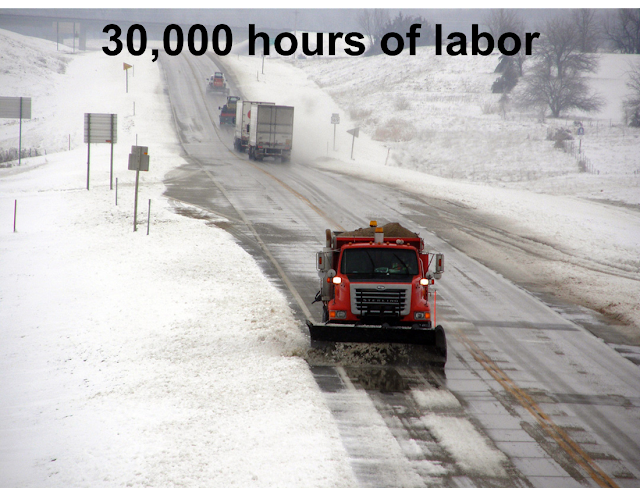 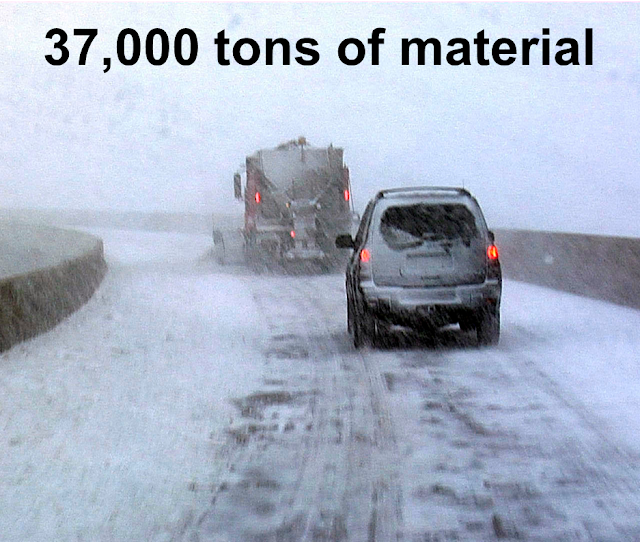 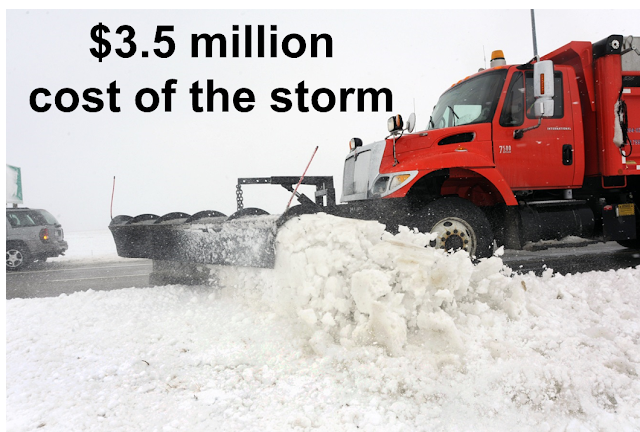