﻿﻿﻿﻿
﻿﻿﻿﻿﻿ Known as the German Capital of Kansas, it should be no surprise that Ellis County is home to more native limestone German Catholic churches than any other county in Kansas.

As German settlers began arriving in the region in the mid-1870s, they brought their strong religious and family beliefs to what was a wild and sometimes dangerous area. Soon after constructing their homes, the settlers began to build churches for worship services in their communities. Many of the churches share similar features in their artistic Gothic style and prominent stained-glass windows, but each has its own unique characteristics and history. 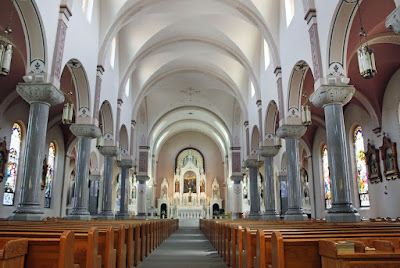 ﻿﻿﻿﻿﻿﻿Perhaps the most recognized church in Ellis County is the Basilica of St. Fidelis in Victoria. Dubbed “The Cathedral of the Plains” by William Jennings Bryan in 1912, St. Fidelis is the largest of the county’s historic churches. The church was constructed over a period from 1908 to 1911 of native limestone quarried near Victoria. Its most prominent feature, the 141-foot tall twin bell towers, can be seen from miles around. St. Fidelis was named to the National Register of Historical Places in 1971 and decreed as a Minor Basilica by Pope Francis in 2014, one of only 78 in the United States and the only one in Kansas.

In nearby Walker, construction on St. Ann’s began in 1904 and was completed the following year. Each communicant was asked to quarry, haul and furnish 10 loads of stone for the church’s construction. Though smaller than some of the other churches, St. Ann’s features natural dark wood altars and beautiful stained-glass windows. 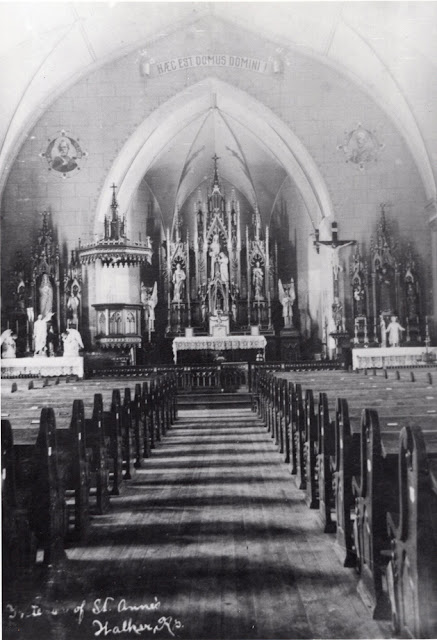 One of the oldest churches in the county, St. Catherine in the town of Catharine was dedicated on Oct. 6, 1892. Its native limestone was quarried and hauled from as far as 15 miles away along the Smoky Hill River and parishioners provided much of the labor for construction. As the community grew in prosperity, the church was able to obtain furnishings and add statues, crosses, vestments, angels and other items to make it a beautiful place to worship. 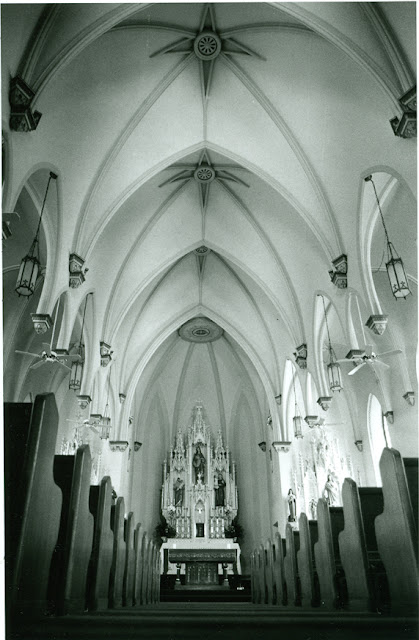 ﻿﻿﻿﻿The other historic German Catholic churches of Ellis County include Our Lady Help of Christians in Antonino, St. Mary’s in Ellis, St. Joseph in Hays, St. Francis of Assisi in Munjor, Holy Cross in Pfeifer, St. Anthony’s in Schoenchen, and St. Boniface in Vincent. For more information on the churches, visit www.visithays.com/163/Churches.