Sleepy and tired are impairments when driving


The date was Feb. 10, 1992, and a cold rain was falling.  I was traveling east on Highway 50 four miles west of Peabody where I resided.


At the time, Highway 50 had no shoulders and ditches that quickly dropped off to nothing. Although I am missing the next 2.5 days, the police report states that I swerved into the opposite lane because I encountered a vehicle traveling west in my lane. 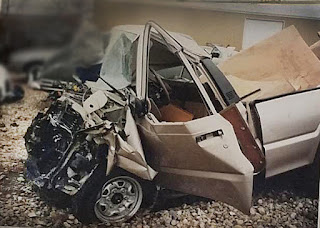 After being extracted from my small Mazda truck that took over an hour, I was airlifted to Wesley Medical Center in Wichita. The doctors found that I had gashes in my forehead, elbow and chin that required stitches. The third and fourth vertebrae's in my neck were cracked, my nose was broken and my septum was deviated - injuries that eventually required a separate surgery. My left collar bone was broken, my large intestine was ruptured along with my spleen and appendix, requiring exploratory surgery. Numerous bumps, bruises, cuts and scrapes; and, two months later, they found that my right leg had been broken. 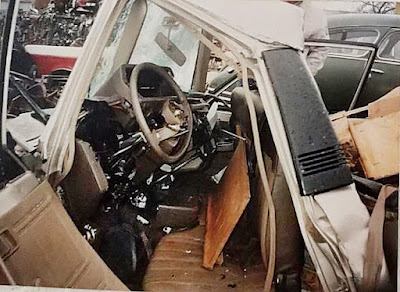 This horrific accident was caused by an impaired driver. Yet, the toxicology report on the18-year-old driver came back clean. So, how could he have been impaired?  He was sleepy!!  He was tired!! Yes, being sleepy and tired are impairments when driving any type of vehicle.


The 18-year-old, who was not wearing a seat belt, was killed at the scene when he was thrown through the windshield. Can you imagine his parents getting the news that their son had been killed in an automobile accident in Kansas? They may not have even known he had left the Chicago area.

I had my seat belt on. Although, it caused my broken collar bone and internal injuries, I have no doubt that it saved my life. Remember, however, that the year was 1992 and seat belts were not required to be worn. I never wore my seat belt and the buckle was under the seat. So how did it get on? I know what I believe - I will, however, let you draw your own conclusion.


Ray Savage is retired from the Peabody-Burns School District and lives in Peabody.